The Serenity crew delivers the cargo they acquired in "Shindig". 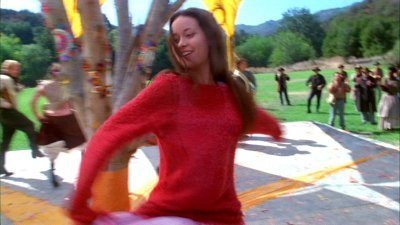 Then all hell breaks loose.

Locals snatch Simon and River, and Book is wounded in a gunfight. In order to save Book, Mal has no choice but to take off and find medical facilities, since he can't be sure of finding Simon in time to save Book. On Inara’s suggestion, they go to an Alliance ship, whose commander only agrees to help after scanning Book’s identification, at which point the 'shepherd' gets fast, courteous, damned-suspicious service.

Meanwhile, the locals have grabbed Simon because they are in desperate need of a doctor. However, the locals discover River’s abilities. They believe she is a witch and they want to burn her at stake.

YOUNG RIVER: We're cut off... we need to resort to cannibalism.
YOUNG SIMON: That was fast.

MAL: So, she's added cussing and hurling about of things to her repertoire. She really is a prodigy.

RIVER: The human body can be drained of blood in 8.6 seconds given adequate vacuuming systems.
MAL: See, morbid and creepifying, I got no problem with, long as she does it quiet-like.

JAYNE: 'Bout time you broke in them pretty shoes.

ZOE: Next time we smuggle stock, let's make it something smaller.
WASH: Yeah, we should start dealing in those black-market beagles.

RIVER: They weren't cows inside. They were waiting to be, but they forgot. Now they see the sky and they remember what they are.
MAL: Is it bad that what she said made perfect sense to me.

SIMON: I'm very sorry if she tipped off anyone about your cunningly concealed herd of cows.

BOOK: (after being shot) Afraid I might be needing a preacher.
MAL: That's good. You lie there and be ironical.

ZOE: Knew a man who had a hole clean through his whole shoulder, once. Used to keep a spare hankie in there.

JAYNE (faux-reading Simon's journal): "Dear Diary, today I was pompous and my sister was crazy. Today we were kidnapped by hill folk never to be seen again. It was the best day ever."

ZOE: You sanguine about the kind of reception we're apt to receive on an Alliance ship, Cap?
MAL: Absolutely. (pause) What's "sanguine" mean?

JAYNE: This place gives me an uncomfortableness.

RIVER: You gave up everything you had to find me. And you found me broken.

SIMON: It's been a big day, what with the abduction and all.

SIMON: She has done nothing to you! If she dies tonight, it won't be God's will that kills her. It'll be you! Your lunacy, your ignorance!

MAL: Appears we got here just in the nick of time. What does that make us?
ZOE: Big damn heroes, sir.

MAL: Cut her down.
VILLAGE PATRON: The girl is a witch.
MAL: Yeah, but she's our witch. (Cocks gun) So cut her the hell down.

MAL: So then the Shepherd says to the Companion, "Well, a good goat would do that."