The episode starts off with a rendezvous between Mal and an old war buddy-turned-smuggler by the name of Monty. It is soon discovered that Monty married a girl named Bridget - who also happened to be known as Saffron. A small brawl ensues and Monty discovers the truth about his wife, although it cost him his cherished "soup catcher" of a beard. 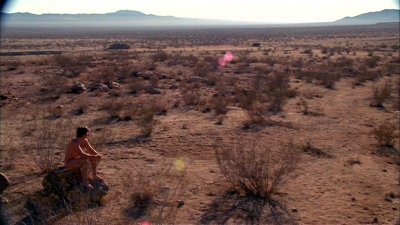 Basically, the premise of this episode is that "YoSafBridge" (a.k.a. Saffron, Bridget, Yolanda, etc.) was going to involve Monty and his crew on a heist of a priceless artifact - one of the first laser guns ever created. The crew, with Saffron's help, make plans to sneak the Lasiter out of a rich Alliance military officer's floating island on Bellerophon by throwing the laser gun into an automated disposal system. While the plan seems like a good one, obviously something goes wrong.

The visuals are interesting with the floating islands of Bellerophon where the wealthy live it up in an ultimate testament to paranoia privacy.

There is also the bit of story about Simon finding out about Jayne's betrayal on Ariel (in Ariel).

RIVER: Also, I can kill you with my brain.

SIMON: I'm trying to think of a way for you to be cruder. It's just not coming.

RIVER: Jayne is a girl's name.

RIVER: Also? I can kill you with my brain.