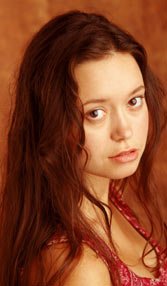 A hyper-intelligent child of privilege, River discovered that the Academy in which she'd enrolled was more of a torture center than a school. No one knows yet what The Academy did to her before her brother Simon stole her back, because she's still too traumatized to tell them.

But she and Simon need to keep running—because the Academy wants their experiment back.

River was born with a mind of unparalelled brilliance. While Simon was smart enough to become a gifted doctor in the top 3% of his class at the finest medical institution, River was so bright she corrected her older brother's spelling by the time she was three years old, and even found mathematical errors in his textbooks. Their parents spoiled them and lavished them with luxuries, even signing River up for the most challenging of education programs: The Academy. Simon and his parents thought nothing of it; she was an exceptional child and belonged in an educational institution that could cater to her needs—but after a few months, Simon received a perplexing letter from her. There were misspellings and references to individuals who did not exist, to events which never happened. Simon theorized that the letter was written in some kind of code. His parents refused to take Simon's fears seriously, believing River was just being playful and Simon was irrationally overreacting to River's absence. They were wrong.

While her family thought she was safe, The Academy was actually a scientific installation (likely funded by the Blue Sun corporation). Simon decoded his sister's letters and set out to try to get her back, seeking someone, anyone—even those living in Blackout Zones—who could help him help his sister escape. Money changed hands, and soon thereafter Simon found himself captured by the local federal authorities—his father had to come down to bail him out. Upset that bailing his son out had tarnished his reputation, Gabriel Tam told Simon to give up his ridiculous mission, and Simon cut his ties to his parents by refusing to do so.

Simon made arrangements for stealing River from The Academy, then made his way to Persephone and the Eavesdown Docks slums. There, he met with the people delivering cargo containing his sister in stasis from which she was later awakened on the Firefly Transport Serenity. Blue Sun still considers River their property, and they will stop at nothing to get River back.

Unfortunately, exactly what River is now remains uncertain. River's brain was operated on countless times while The Academy had her in its clutches, and she was treated for all intents and purposes like a laboratory animal. Simon was able to perform diagnostic tests and now knows for certain that, among other things, they cut into her brain multiple times. They even stripped her amygdala, which is a part of the brain used to control emotional responses and 'filter' incoming information. As he describes it: "She feels everything; she can't not." The R. Tam sessions, recorded at The Academy, show River's slow descent into her current state.

Precisely why they did these things to her is unknown. The most likely purpose was to turn her into a sort of assassin or spy. However, since the series was unceremoniously cut short, any answers to the uncertainties of motivation are assumptive. We do know to a degree of what she is capable. 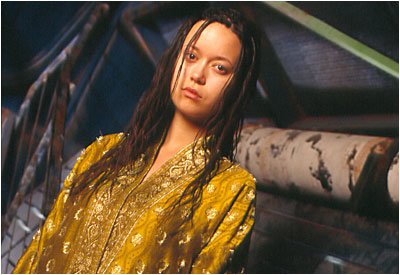 River's state of mind is inconsistent and unpredictable. Simon Tam administers semi-regular treatments of medication that seem to improve her ability to cope with her own mental damage for short periods of time, but these treatments have side-effects which leave her physically ill. When in good spirits, River likes playing with Kaylee and occasional practical jokes with the crew. She's potentially very dangerous, however. She caused damage to Jayne on one occasion, slashing him in the chest with a large knife (but... was she attacking him or the Blue Sun logo on his shirt?).

The intent here is to capture what River said in the series, put it all together out of context, and hopefully extrapolate clues from that.

(These lines appear in a deleted scene from the DVD collection but not in the version broadcast on television.)

Retrieved from http://www.fireflywiki.org/Firefly/RiverTam
Page last modified on May 03, 2007, at 09:40 PM MST