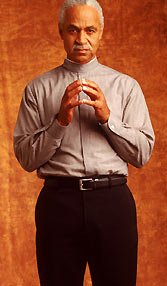 We first meet Shepherd Book on the Eavesdown Docks on Persephone. He had just left the Southdown Abbey and decided to get out into the world... bring the word to those as need it told...

Less than two days later... "I've beaten a lawman senseless, I've fallen in with criminals. I watched the captain shoot the man I swore to protect... I think I'm on the wrong ship."

He wasn't, but was he even a shepherd; a man of the cloth? Jubal Early didn't think so (Objects In Space). Didn't think he was a shepherd but not necessarily a member of the 'church.' There are clearly monastic orders as no-one thinks that's unusual. Monastic orders can have specific functions in the hierarchy of a large religious organization including martial orders (e.g. Templars). There's a lot of history there that doesn't have much to do with being a common preacher.

Book signed on to Firefly as a passenger before Simon did, which on the surface appears to rule out his being there specifically because of the Tam siblings. Kaylee could read his body language rather well, and her intuition told her he was a good soul who was more interested in the ships than in the destinations. He tells her that he had once sailed on a earlier model of Firefly ("Long before you were crawling."), and admits to having been "out of the world for a spell."

There seems to be some serious skepticism that 'Book' is actually a long tenured member of a monastic style order whose primary secular boss is the 'church' that exists in the 'verse. All clues indicate a long tenure in the abbey, but as most stories (sci-fi and otherwise) have the enigmatic yet suprisingly capable preacher be ex-military/police/criminal. People assume that Joss Whedon would just do the same here. How is this conclusion comparable to analysis of the other characters of Firefly? Would Joss have decided to have this one character be the cliched 'reformed ex-military/police/criminal/alliance'--seems unlikely.

What do we really know?

Was being a shepherd just a cover or had Book joined the Abbey for a few years, perhaps immediately after the end of the war, and sincerely set out to live a life of moral and spiritual enlightenment, only to find himself fall into this "den of thieves"? He seems to genuinely care for River Tam and Jayne Cobb, but in Objects In Space River hears him think "I don't give half a hump if you're innocent or not. So where does that put you?" when only she and Jayne are in the room. It is worth noting, however, that Joss's commentary during this scene states that River's perspective "is somewhat disassociative from reality". 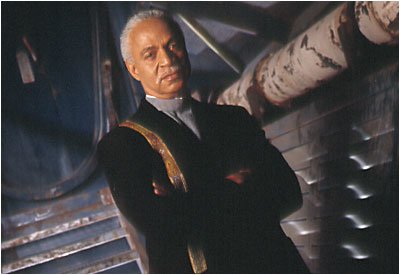 And that's about it.

Played masterfully by the venerable veteran actor (and, ironically, Buddhist) Ron Glass, Shepherd Book is one of the more cryptic and puzzling characters of Firefly's basic nine (which is really saying something about a ship full of people with secrets). If he was a pretender to the cloth he played the role remarkably well. If he's serious about his faith, he may have a long path ahead of him towards self-enlightenment.

Retrieved from http://www.fireflywiki.org/Firefly/ShepherdBook
Page last modified on May 21, 2007, at 09:03 PM MST